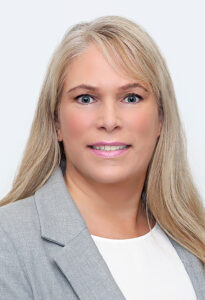 During her career, Teresa represented plaintiffs in a number of antitrust class actions alleging anticompetitive conduct by pharmaceutical companies to delay entry of lower priced generic drugs into the market, including In re Lidoderm Antitrust Litigation, MDL No. 2521 (N.D. Cal.)(resulting in the September 2018 final approval of a $104.75 million settlement, a week before jury selection, representing one of the largest recoveries by end-payors in a federal “pay-for-delay” generic suppression case in more than a decade); In re Aggrenox Antitrust Litigation, MDL No. 2516 (D. Conn.) (resulting in July 2018 final approval of a $54 million settlement for the end-payor plaintiffs), and In re Lipitor Antitrust Litigation MDL No. 2332 (D.N.J.) (antitrust claims for alleged patent fraud, sham litigation and an anti-competitive reverse payment scheme on behalf of proposed class of indirect purchasers).

Prior to Heins Mills and Olson, Teresa was part of the trial team in a large antitrust class action lawsuit against a major software company which settled in 2007 after several months of trial for $180 million.