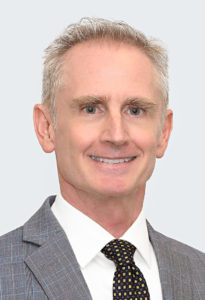 Dylan brings a wealth of knowledge and experience to the practice of complex commercial civil litigation. Most recently he worked at Heins Mills & Olson, PLC, first as a partner and then as of counsel, where he represented plaintiff classes comprising individuals, governmental entities, and closely and publicly held corporations asserting violations of antitrust, securities fraud, unfair competition, and consumer protection laws. During his career, Dylan has first-chaired more than two dozen trials, and has briefed and argued numerous appeals in both federal and state courts.

Dylan has participated in some of the nation’s largest and most challenging cases. In the arena of securities fraud, for example, he was the principal brief writer for the plaintiff shareholder class in In re AOL Time Warner Securities Litig. (S.D.N.Y.), which achieved a $2.65 billion recovery for shareholders who allegedly suffered losses as a result of the merger of AOL and Time Warner. He played a similar role in In re Broadcom Corp. Securities Litig. (C.D. Cal.), which recovered $150 million for shareholders of a semiconductor manufacturer.

In addition to his private practice, Dylan was an adjunct Professor of Law from 1997 to 2002 at the Mitchell Hamline School of Law in St. Paul, Minnesota, which has one of the top-rated clinical programs in the country. In that program he taught law students trial skills, appellate advocacy and legal writing.